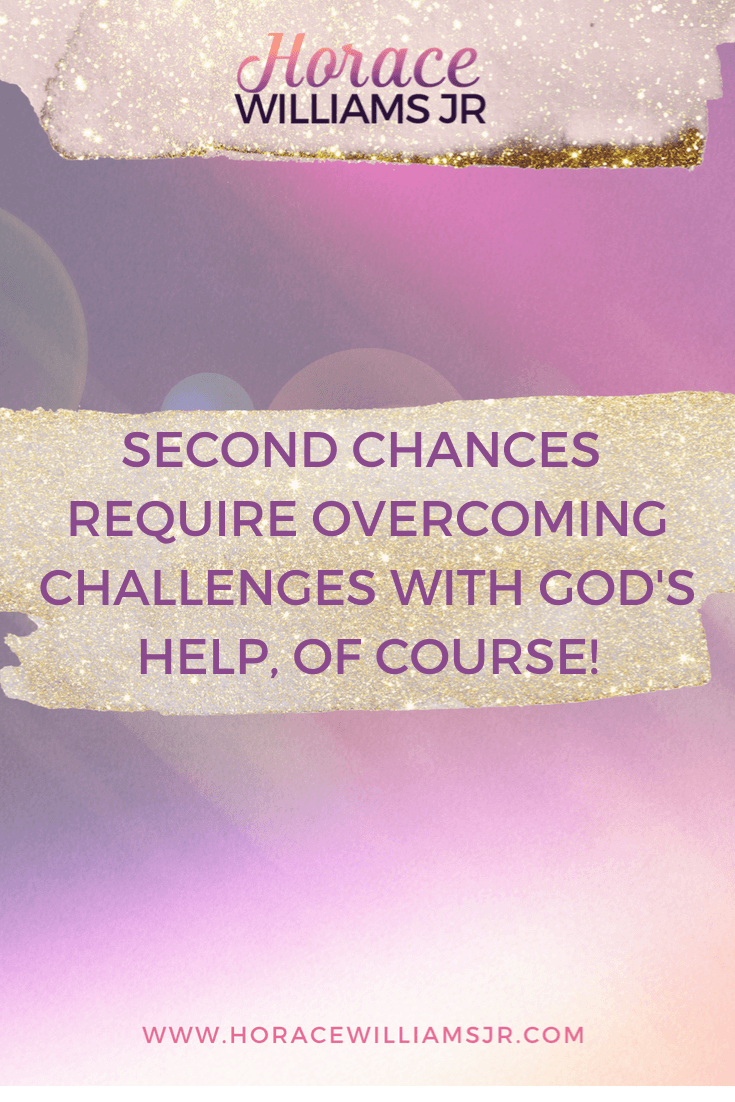 Second chances. A do-over. A make-up. A repeat performance. Last week, I shared my joy in celebrating the twelve years God has blessed me since the massive stroke that nearly killed me in July 2010. 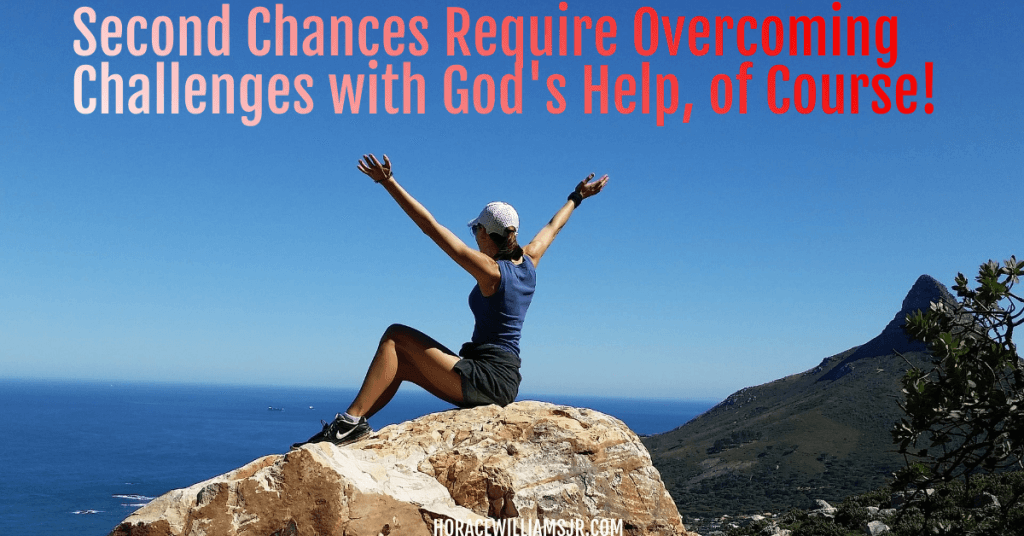 However, this past week reminded me in a terrifying way that second chances often require challenges, tests, and tribulations. I’m not sure I mentioned that the primary cause of my stroke was uncontrolled high blood pressure. After awakening in the hospital, the doctor informed me that my blood pressure was over 200 when I arrived there!

For years I ignored the suggestions of my doctors to take my elevated BP levels seriously. There were significant factors against me. My family history, being an African-American, and also severely overweight put me behind the eight-ball.

While in the rehab facility after my stroke,  I took a break from my physical therapy. There was a large brochure hanging on the wall. I’ll never forget the information that stated this; nearly 40% of all stroke survivors will have a second one! That was a second chance that I did not want!

It has been a constant struggle, both physically and mentally, to do all I can to prevent a repeat performance of that devastating day. For this reason, I thank God for giving me the tools I can embrace to help me live healthier. At the beginning of Summer, I shared several things that have helped me tremendously on the site. You can read them all right here. 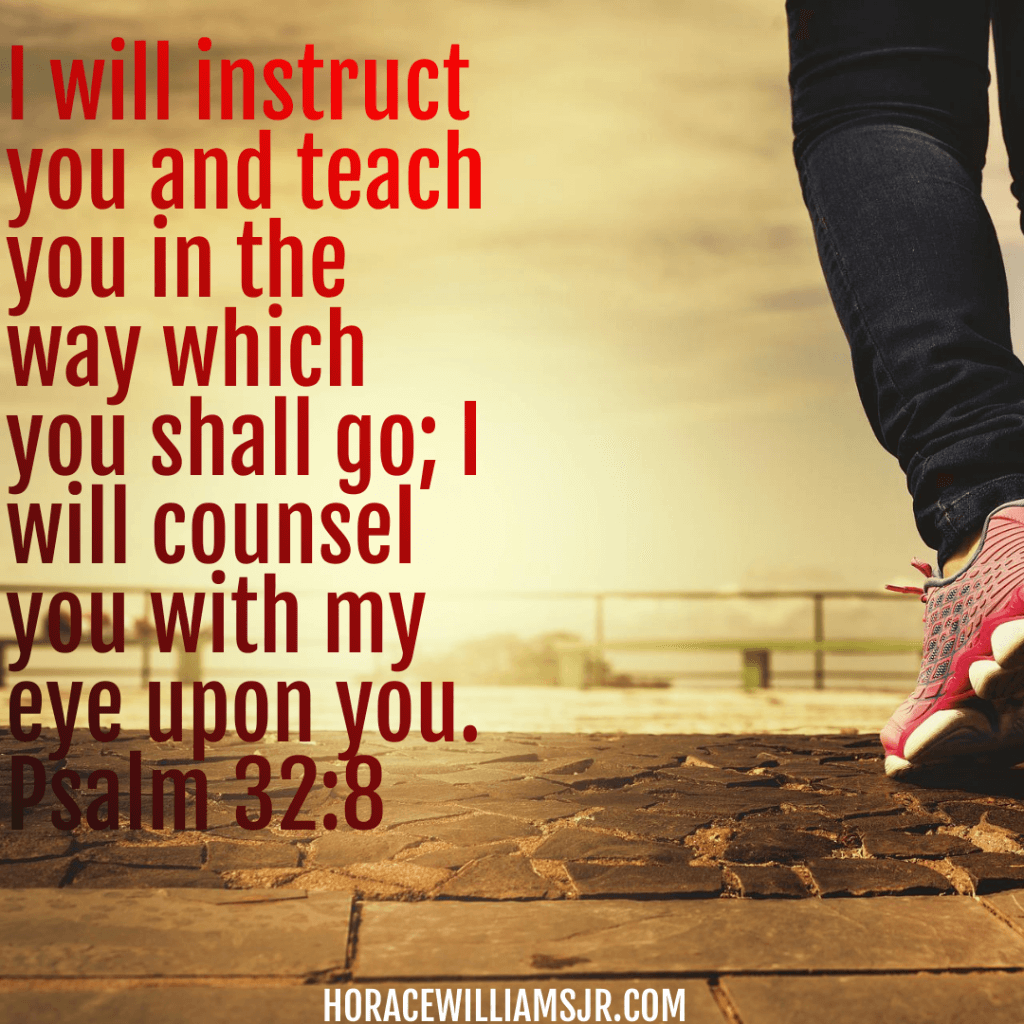 I will instruct you and teach you in the way that you should go; I will counsel you with my eye on you. Psalm 32:8.

So, early last week, I was having quite a restless night. I’m not sure what the cause was, but I struggled to find a good night’s rest. I would toss, turn, and try all the usual things to help me fall asleep. Thankfully, I finally fell asleep and got quality rest. After waking up later than usual the next day, I went into the bathroom to brush my teeth. Then after getting my medicines together,  I checked my blood pressure. My head was hurting a little bit. So, I sat down to use my BP monitor.

Much to my chagrin, my blood pressure was 196/110! What was going on? I’d entered the danger zone! Was I about to stroke? I was confused because I had not eaten anything that would raise my pressure. I went to get some water to take my medications. Hurriedly, I tried to get all eight of my pills and threw in a Tylenol because my headache was getting worse.

Sitting there puzzled and scared, I cried to God, ” I don’t want to die alone, Lord!” It was beginning to feel like I was going to heaven that day! I tried calling my sister, but there was no answer. (She was at work.) Then I called my mother, no answer. So, I rechecked my BP. My pressure was still high at  173/100.

A Purpose for Second Chances

The 911 operator answered. She was very understanding when I mentioned I was a stroke survivor. She took all my information and asked me to leave my front door unlocked. The operator told me that the EMTs were on the way but coming from a long distance due to shortages.

She sounded like she was about to go, but I then asked if she would mind staying on the phone with me until they arrived. She said, “no problem,” as I tried to figure out the cause of this blood pressure scare. While we talked, I texted my sister, Sonya, to tell her I’d called 911. I’m not going to share a blow-by-blow here; I’ll save that for one of my books!

Anyway, the EMTs arrived. One of them suffered from high blood pressure as well. So He could relate to my concern. He checked my BP. It was still elevated but was beginning to come down. He did several tests on me to confirm whether or not I was having a stroke. After finishing all his tests, the EMT named Mike said, “You are not having a stroke.” I breathed a huge sigh of relief. He wanted to wait a few minutes and recheck my BP. During the interim, while they were updating their notes, I continued to pray. Here is one of the first verses that came to mind that afternoon. 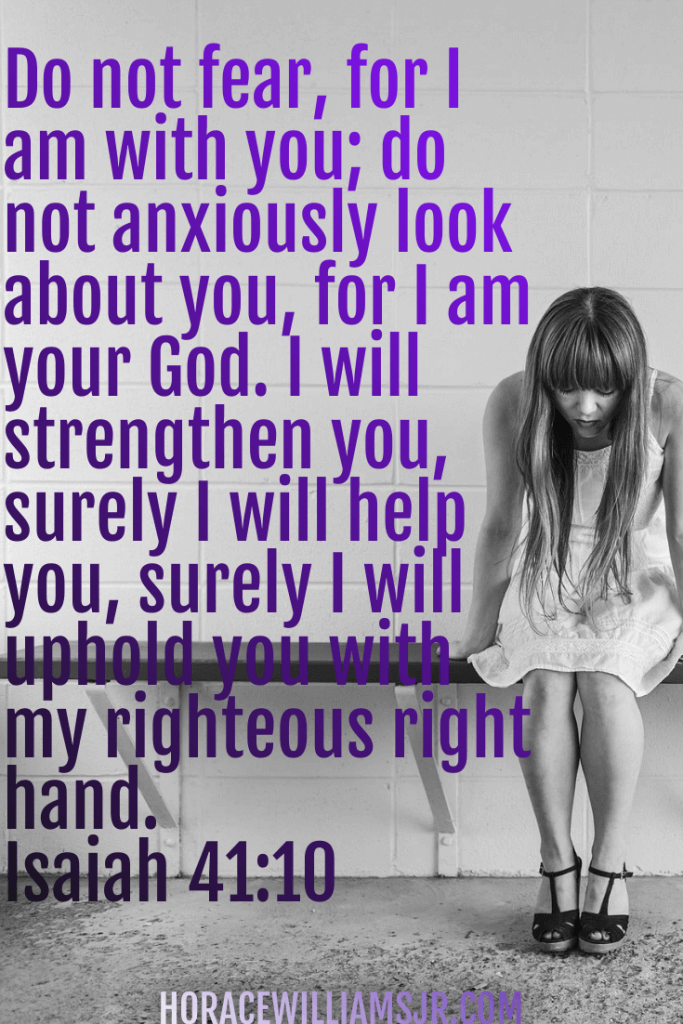 Words cannot express the effect that memorized scripture had on me that afternoon—holding God’s Word close to my heart. gave me tremendous comfort. Even though I felt alone; I was NEVER ALONE; God was with me. Click To Tweet

The scripture verses that I treasure in my heart flooded my mind caressing away my fears in those intense moments. “The LORD is my Shepherd… Trust in the LORD with all your heart… I know the plans I have for you…to give you a future and a hope.” Those scripture passages from Psalms, Proverbs, Isaiah, and Jeremiah gave me unbelievable peace.

After a few more minutes, I told the EMTs I would stay home. I signed a release form and followed them to the door. I gave quiet praise to the Lord and then went into the kitchen. Feeling a little bit spent, I decided to fix myself a peanut butter and jelly sandwich and then lie down until time to take my midday meds. God’s purpose for me on this earth continues. He is not done with me yet!

The amount of gratitude I feel for surviving that stroke twelve years ago and every challenge that follows is hard to explain. It’s not about” good fortune” or “being lucky.” It is the providence of the Almighty God. A blessing from heaven is how I see it; no one can tell me differently. If you belong to Christ, He has given you and me the privilege of representing Him as a member of His royal family. Don’t you want to shout with joy! 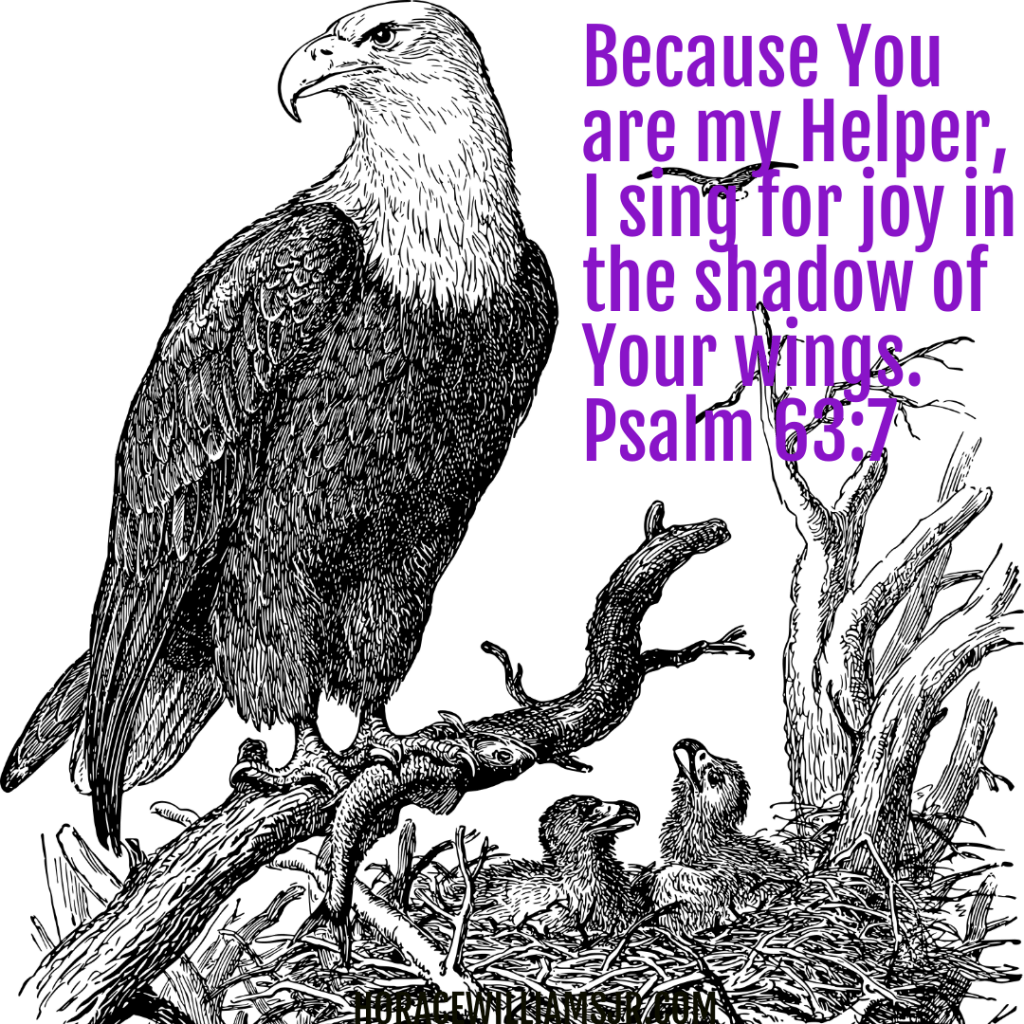 Maybe you’ve never had to deal with a life-threatening health scare, but you, too, have been blessed with the opportunity to serve God’s kingdom. He gave you a “second chance” when He saved your soul from eternal damnation and an eternity destined for hell.

In closing, let me ask you this. What will YOU do with your second chance? Take some time and think about it. Ask God to shine some light on your path. He may not show you the entire way, but He will give you enough light for every step you take. Embrace the journey, friend. God is with you always.