Powerful Prayers. I’m sure I’ll struggle to understand the effect of them until I get to heaven someday. However, I know for sure that my mother has been praying for me since the day I was born. My siblings and I would bang on her bathroom door early most mornings, having no idea she was sending prayers up to our heavenly Father. We just wanted to know what’s for breakfast. I remember her Bible was a staple in that bathroom as she sought God’s wisdom from His word. 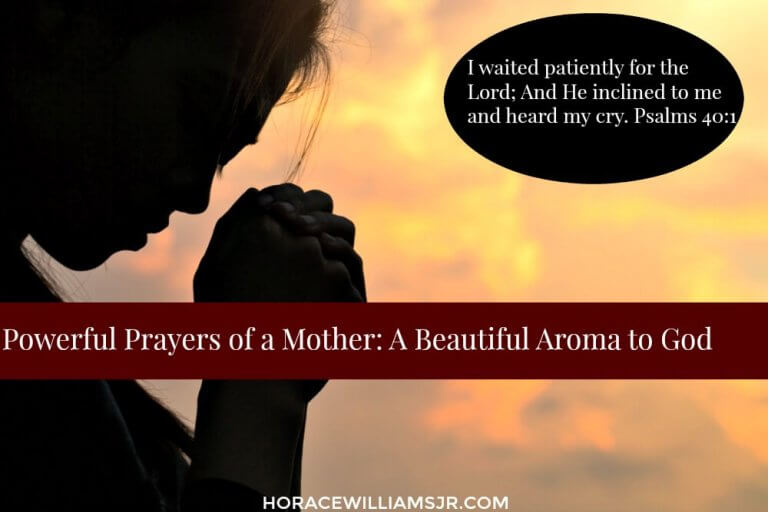 I used to trivialize prayer despite the fact it was something I observed in my family for decades. Noticed I said observed? Growing up, I would pray when asked to do so. But it wasn’t until after my stroke that I began to experience the benefits of powerful prayers.

Looking back, I remember the pained expressions on my mother’s face as she pleaded with me to stop straddling the fence between Christianity and worldly exploits. She wanted me to seek God with the same vigor and determination that I used in becoming a star basketball player in high school. I’d be outside shooting baskets in the driveway as the sun began to set. She would look outside, turn the porch light on and give me fifteen more minutes. As an adult, things got worse as I began to earn good money. My passion for succeeding and making six-figures drove any desire to pray right out of my mind.

Mom would call me on Mondays and ask if I went to church. I’d hem and ha before answering, but she knew the truth.  Then I’d joke that I’d watched church on TV, but that was only for a few minutes if that. I had no desire to hear anything that would tug at my heart-convicting me of my sins. I believe that’s why God had to stop me dead in my tracks because His plan for me was much more precious than earning six-figures.

The fear when I’d awakened in an empty hospital room was terrifying. It felt like I was living in my very own nightmare. I was barely able to move, and I screamed for help. After the doctor told me that I’d suffered a stroke, my mother entered the room. Her look of concern was evident, and she drew nearer to my bed.

The doctor explained what had happened to me. Before the doctor left, my mother asked him this question, “Is he going to be okay?” In a calm matter of fact tone, the doctor stated, “Your son will never be the same.” I will never forget those words as long as I live-they sent a chill down my spine. The look on my mother’s face remains etched in my mind. We held each other’s hand tightly and hoping to encourage each other.

Praying on my Back

In light of the devastating news, Mom quoted Jeremiah 29:11 to me. That was the first time I remember hearing what has become one of my favorite life verses. In a soft and comforting tone, she began to pray. It was the most beautiful sound I’d heard in years. There was no panic or fear evident.  Within moments of hearing the worst news in my life, I had hope!  God was near. I listened intently as my mother poured her heart out to God. I was beyond thankful that she was there with me at that moment. 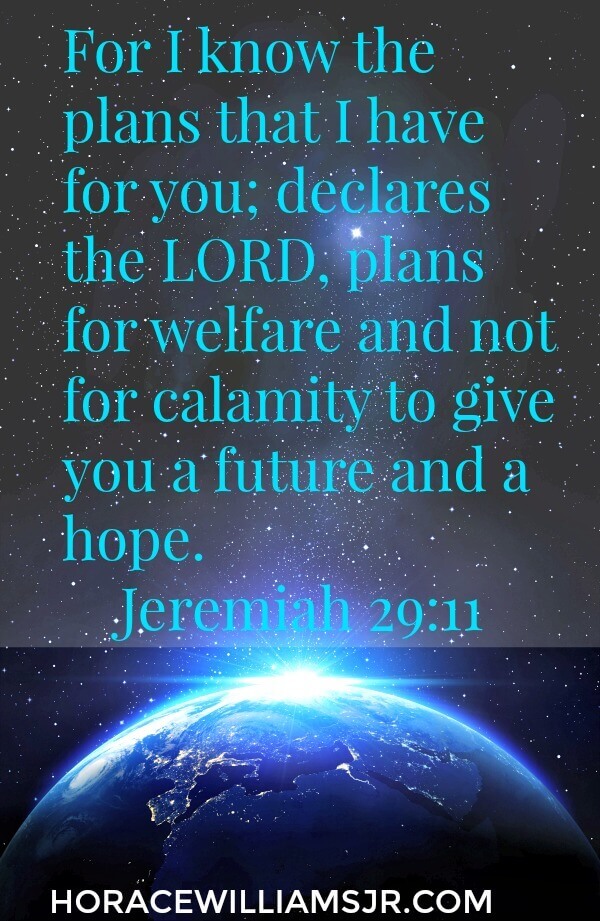 For I know the plans that I have for you; declares the Lord, plans for welfare and not for calamity to give you a future and a hope. Jeremiah 29:11

It was then I experienced the powerful prayers of my mother. Praying is what she’d been doing all those years in the bathroom-crying out to God with prayers of interceding for her loved ones. I wanted to talk to God like that. I wanted a more intimate relationship with my heavenly Father. For several days while in the hospital and the subsequent rehab facility, I cried out to God pleading for Him to help me. I wanted to feel His presence in that place late at night. I’d even call my mother on occasion. She would pray with me on the phone so I could fall asleep in peace.

Your child may never have suffered through a stroke, but I’m writing this post to encourage you to pray for your children and loved ones. Pray and keep on praying powerful prayers.  Whatever God puts on your heart, pray. Don’t be discouraged. Don’t let the circumstances or situations detour you from crying out to God regarding those you love.  Ask that God’s will be done in every prayer, and you can know that He hears you.

Delight yourself in the Lord; and He will give you the desires of your heart. Commit your way to the Lord, trust also in Him and He will do it. Psalm 37:4-5

I waited patiently for the Lord; and He inclined to me and heard my cry. He put a new song in my mouth, a song of praise to our God; many will see and fear and will trust in the Lord. Psalm 40:1, 3

Finally, I want to share a quick story with you. In December, I escorted my mother to the 2018 Christian Literary Awards. My award-winning book, Unleash the Power of Prayer in your Life, was nominated for the prestigious Henri Award in the Inspirational category. It was a cold, dreary, and rainy night. However, mom and I dressed to the nines in anticipation of walking the red carpet. The line was long on the red carpet as they moved everything inside so everyone could get photographed. 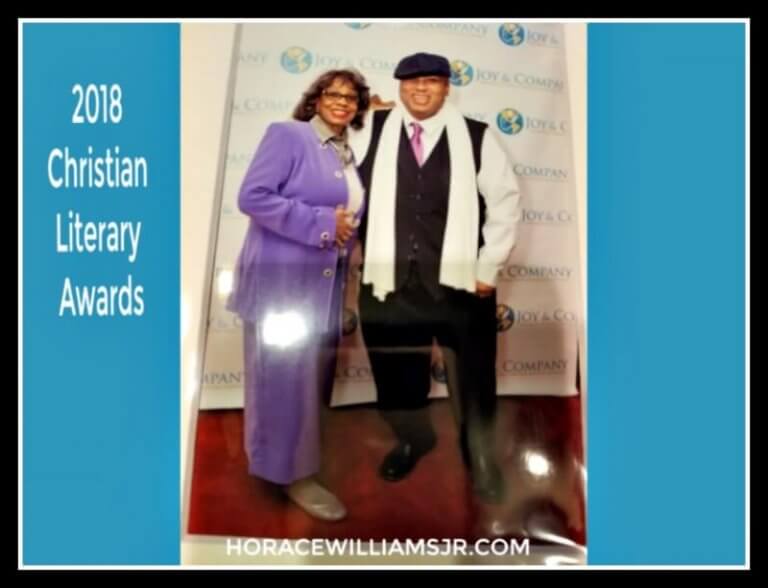 After we got our pictures taken, we grabbed two seats in the back of the auditorium.  There were six other books nominated in my category. So, when they called my name, I was in shock! A tear welled up in my right eye, and I sat there, stunned. Standing to my feet, I grabbed my rollator and headed to the front as they repeated my name. I screamed in excitement, “I’m coming!” I arrived at the front and began my speech.  During my address to the audience, I shared what the doctor had said to us almost nine years ago and the prayer that my mother offered up. The doctor was right; he had no idea of the power of prayer, and since then, because of God’s plan, my life will never be the same! After I had returned to my seat, I looked over, and my mother was sobbing. I asked her what was wrong. She said, “I’m so thankful God allowed you to survive.”  I hugged her and smiled and said. “Me too!”

Your Prayers have Power.

Prayer transforms lives, rescues souls, encourages hearts, fills you with comfort, joy, and so much more. Whether you have children or not, God loves you, sister. He has a specific plan and purpose, and your prayers are a beautiful aroma to God. So, spend some quality time with Him today and tell Him how you feel. I love this passage from Proverbs. Be encouraged ladies. God thinks the world of you.

Strength and dignity are her clothing, and she smiles at the future. She opens her mouth in wisdom, and the teaching of kindness is on her tongue. She looks well to the ways of her household, and does not eat the bread of idleness. her children rise up and bless her; her husband also, and he praises her saying: “Many daughters have done nobly, but you excel them all.” Charm is deceitful and beauty is vain, but a woman who fears the Lord, she shall be praised. Proverbs 31:25-30

Thank you, mom, for your powerful prayers.

4 thoughts on “Powerful Prayers of a Mother: A Beautiful Aroma to God”