There was a time when I was bothered by all the commercialism that surrounds Christmastime. It seems like Mary, Joseph and the Son of God born in a manager is all but forgotten at times.

However, I am learning to choose what I let bother me. Instead of feeling frustrated, I am excited to watch some of the Christmas specials. I love the joyous sound of Christmas songs ringing through the air as I worship my Savior.

There is the intoxicating aroma of my mother’s cinnamon apple cider wafting through her home as I sit next to a crackling fireplace. Last year, I read my first advent book, by Christi Gee, titled Behold: A Christmas Advent Journey. She is such a talented writer, and I enjoy reading what God lays on her heart- especially when her words so eloquently honor Jesus Christ. 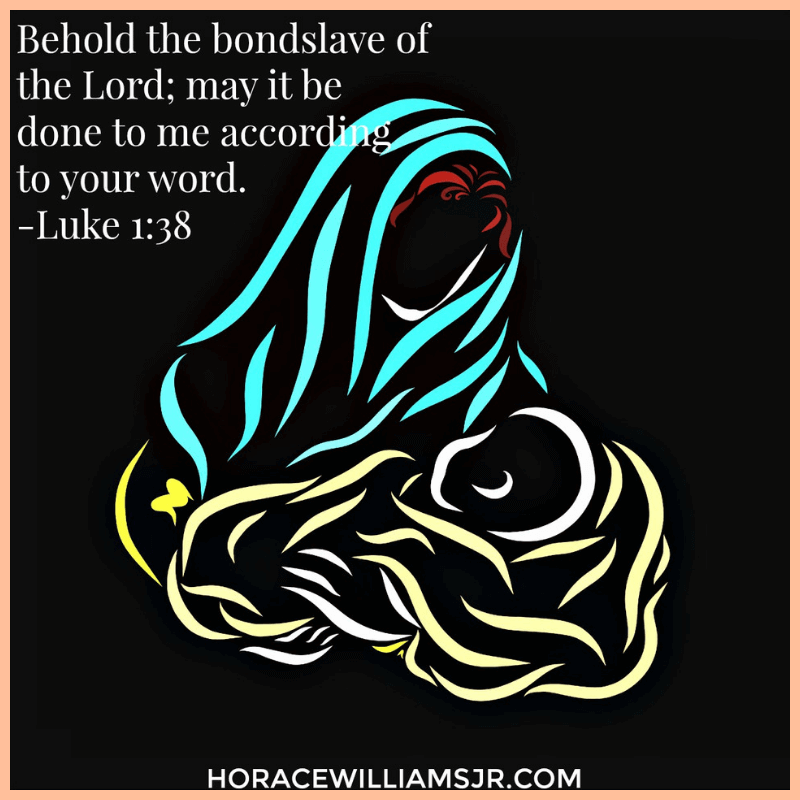 When I was eighteen years old, I sang a solo for our Christmas program at church. The song was, “The Day He wore my Crown.” The lyrics of the song are so powerful that it almost brings me to tears thinking about the sacrifice that Christ made. However, my favorite Christian Christmas song is, “Mary did you know?” I have about twelve different versions of that song downloaded. Sometimes I will play it on a loop in my home as I go about my business.

Mary was just a young teenage girl when the angel Gabriel appeared to her. He asked of her what seemed impossible-to carry the Son of God in her womb even though she was not yet married. Without hesitation, the servant of God replied, “Behold the bondslave of the Lord; may it be done to me according to your word.” And the angel departed from her. (Luke 1:38) She was a tad confused how this would take place because she was a virgin. The angel’s response, “ For nothing will be impossible with God.” (vs.37)

Nothing is Impossible with God. Nothing. There is nothing that God cannot handle. Why is it so hard for us to remember this? Why do we worry, doubt and fear when God has promised never to leave us or forsake us? (Hebrews 13:5) We are God’s chosen children. We are uniquely created for a specific purpose. A purpose designed only for you. I cannot achieve the mission God has intended for you nor can you do the same for me. Each one of us must be willing to do what God has called us to do.

It was almost three years ago when God laid it on my heart to write a book. At that moment, I behaved more like Moses or Gideon than Mary. I tried to think of every reason why I couldn’t write a book.  ” God, I don’t know how! Where would I begin, Lord? I dozed off to sleep as my mind was overflowing with questions. After breakfast that morning,  and during my time with God- writing a book was permeating my mind.  I sat at my desk and jotted down some chapter ideas and the thoughts behind them. Before you knew it, I had an outline. There was no more room for excuses.

An Example to Replicate

The Catholic religion puts Mary on a pedestal. I have a close friend who was raised in that religion, and I am shocked by their beliefs.  Glorifying Mary is not what I want to do here in this post. However, I do want to focus on her character. Which is why I believe she was chosen to carry our Savior and bring Him into the world as His mother.  Two words jump to the forefront of my mind when I think of her character- Humility, and Obedience.

These are words that I’ve struggled with for decades. God continues to chip away and mold me into the humble servant He desires me to be. Before my stroke in 2010, I thrived in sales and marketing for a Fortune 500 medical company earning millions of dollars for them over almost ten years. My successes put me on the fast track to management, and I was earning six-figures while managing my own sales and marketing team.

One day another manager popped her head into my office and asked me, “Horace, why do you have all those awards in here?” My response was that they were there to remind me during difficult times that I could push through and get the job done. At the time I failed to realize that it had nothing to do with the awards, but it was God who had blessed me with the talents, and abilities to succeed. There was no humility like Mary the “bondslave” to be found in me at that time.

The first sin ever committed took place in Heaven when the angel, Lucifer had it in his mind to elevate himself above God his creator.  He was then cast down from heaven with a third of the angels, and we now know him as the Devil or Satan which means adversary. He roams about seeking to destroy the lives of those who love and follow Christ. His fate was sealed when Christ rose from the grave after His crucifixion for our sins. Pride is what I refer to as a “sneaky sin” in my upcoming book, The Furnace of Affliction. 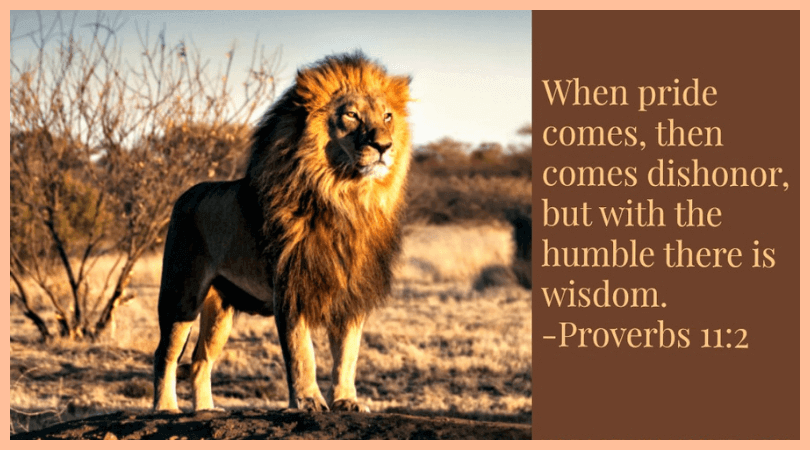 I refer to pride as “sneaky because look at how Satan tricked Eve in the garden. He will attempt to do the same thing with us. Planting seeds of doubt, or wanting us to question the goodness of God.

When I was young and rebellious, I had convinced myself that I could not date a Christian girl because they would be boring and I would not have any fun. (Boy was I a fool!) We also have to guard against jumping ahead of God’s timing or thinking we know a better way to do things. Doing so is pride, and this is a sin. Read one of my favorite new verses regarding pride.

When prides comes, then comes dishonor, but with the humble is wisdom. -Proverbs 11:2

The Strength of God

Mary is a tremendous example of how to serve the Lord with humility and an obedient heart. I thank God for the numerous examples of ordinary people that were chosen by Him to do extraordinary things for His purpose. From the virgin girl, Mary to Moses and Joseph in Egypt. There was also Esther, an orphan girl who became queen and ended up saving the Israelites from genocide at that time. Even David was a shepherd boy who became King over Israel and is now in the lineage of our Savior, Jesus Christ.

However, none of these people I’ve mentioned accomplished anything in their own strength. God, who is omnipotent made provision and empowered them to achieve His will. The same goes for us. If we live with a humble and obedient heart, God can use us for His glory. It does not matter how many degrees we have or how smart and talented we are. If God chooses to use us, nothing can stop Him. We have to believe like Mary did and said, yes Lord, your servant is ready. He wants to use those with a willing heart.

I followed God’s leading and have not only written one book, but I am finishing a second. There are ideas for several other books.  However, I am trusting God for his leading. He has blessed me with the honor of Unleash the Power of Prayer in your Life winning multiple book awards. But these awards remain in the privacy of my home in my living room.

I share on occasion the recognition the book has received. I hope to encourage those who see the awards to follow God’s calling on their lives. Also, for those who knew me before my stroke, I want them to take notice of how God continues to work in my life despite the travesty of a massive stroke. It’s my prayer they will be drawn to Christ.

There is a tremendous sense of affirmation in receiving these awards. It’s as if God is confirming to me I’m doing His will in writing these books. As my assistant pastor said to me Sunday after seeing the pictures of me at an award ceremony, “I hope this will encourage you to keep on writing and publishing the books God puts in your heart.” I smiled and replied, “Yes.”

I know that I am far from a finished product, but I am thankful that because of His unconditional love God continues to work on me. It is not always pleasant, but it is necessary.

So let’s ask God to give us a humble heart like Mary and be willing to obey Him in whatever role He entrusts us with in bringing Him glory. Are you ready to live in obedience with humility moving forward? I’m willing to do my best in God’s strength. How about you?

Blessings to you this Christmas,

8 thoughts on “Mary, did you know? Chosen by God for Service”