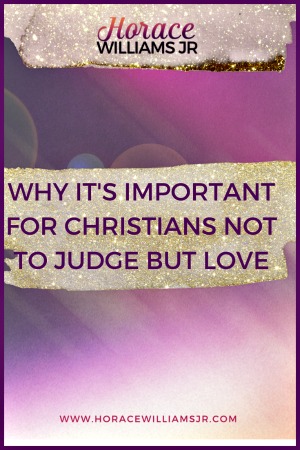 Judgemental. What does that word mean to you? How about irresponsible, goody-goody, and irrational? Or maybe you prefer sanctimonious, smug, or snobbish? These are just a few of the word definitions for being judgemental. Unfortunately, these are also some of the words that Christians are being defined by on occasion. As a black man and a bible- believing Christian, these are not the words that I want to be attached to my faith.

Friday nights are usually a night of decompression for myself. I take the opportunity to catch up on my DVR watching and begin to plan my weekend activities. There is a TV show that likes to depict real-life circumstances using actors. The reaction of the real people that have no idea what is taking place is revealing.

What would you Do?

Two controversial scenarios that have been in the news recently are bakers that would not bake a wedding cake for a gay couple in  Colorado and Oregon, and a waitress in Illinois with an LBGT tattoo on her arm receiving a rude note on her tab instead of a tip. I must admit that when I heard about/read these stories, my heart was hurt and disappointed. I was not there in the store or the restaurant so, I don’t have all the details that took place.

However, I do study my bible daily, and I believe in my heart that God wants us to love everyone and treat them with respect. When telling someone we won’t provide a service because of their sexual orientation; I believe that is the wrong way to go. As Christians, God has instructed us to love one another-not to judge. We have been chosen by God to live as salt and light to the world-not be judge and jury.

So as those who have been chosen of God, holy and beloved, put on a heart of compassion, kindness, humility, gentleness and patience; bearing with one another and forgiving each other, whoever has a complaint against anyone; just as the Lord forgave you, so also should you. Beyond all things put on love, which is the perfect bond of unity. Let the peace of Christ rule in your hearts to indeed you were called in one body; and be thankful. (Colossians 3:12-15)

I understand that this scripture is instructing Christians on how to treat each other as it refers to the body of Christ. Based on this, are we supposed to behave differently with non-believers? If we do, does that make us fake or hypocrites or both?  It is easy to become narrow-minded in our Christianity and forgetting the commandments of God.  Would a wedding cake not be baked for a couple that had engaged in pre-marital sex or committed adultery? They are also sins in the eyes of God too.

As we seek to live for Christ-we, have to take a deep dive into his Word and see how Jesus Christ treated everyone. He ate dinner with prostitutes and tax collectors. He was willing to heal the sick, the lame, and those with leprosy that were considered outcasts in their time. God has a heart of forgiveness. He has forgiven me and you of our sins as well. Look at what Jesus said to the Pharisees who brought an adulterous woman before Him after being caught in the act.

But Jesus stooped down and with His finger began writing in the ground. But when they persisted in asking Him, He straigthened up and said to them, “ He who is without sin among you, let him throw the first stone at her.” Again He stopped and wrote on the ground. When they heard it, they began to go out one by one, and He was left alone and the woman where she was. (John 8: 6-8)

Don’t be a Pharisee

In our desire to live for Christ, we mustn’t live passing judgment on those who behave or live differently than we do. God states in His Word that homosexuality is a sin. So is fornication, adultery, lying, coveting, cheating, and stealing. Once Christians make ourselves judge and jury, we are putting us above God and not living as His servants. My friend that is a sin, indeed. If we don’t show love like Jesus to everyone, how can we ever hope to bring people to Christ? 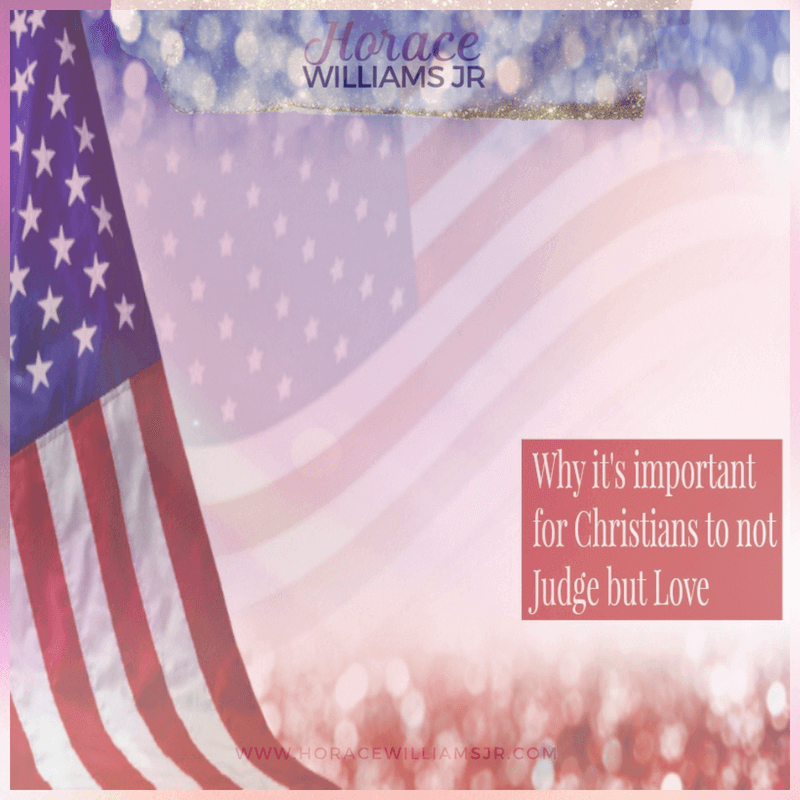 Hurts the testimony of Christians.

When these convictions of faith are made public, it is detrimental to the Christian testimony. Despite the misguided good intentions of a few, it affects the perception of Christians everywhere.  God has given us clear instructions on how to carry ourselves as His children. When we lose focus and single out those who are different, it hurts our ability to be a witness for Christ. It is my prayer that you will think twice before judging someone. Ask yourself, is this how Jesus would treat this person or persons?

Let love be without hypocrisy. Abhor what is evil; cling to what is good. Be devoted to one another in brotherly love; give prefrence to one another in honor;…fervent in spirit, serving the Lord. Rejoicing in hope, persevering in tribulation, devoted to prayer. Contributing to  the needs of the saints, practicing hospitality. Bless those who persecute you; bless and do not curse. Be of the same mind toward one another. Do not be haughty in mind…do not be wise in your own estimation. (Romans 12:9-16) 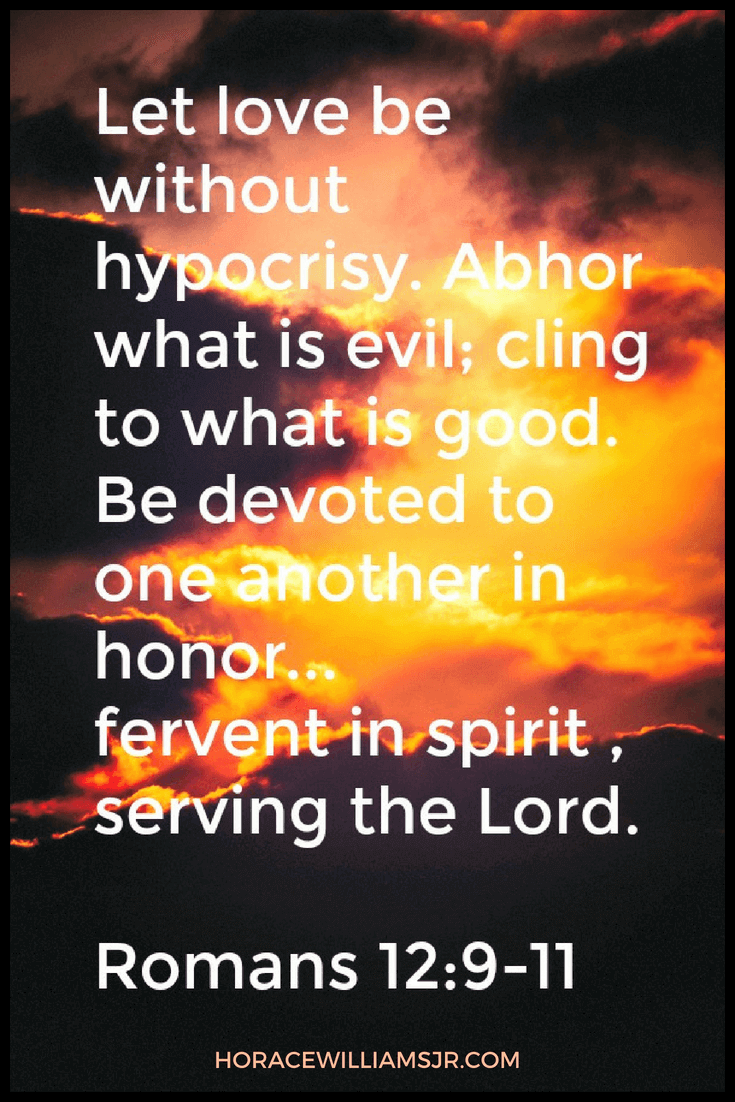 This post is not meant to be an attack on my brothers and sisters in Christ who felt led by their convictions to honor God. I want to remind us as Christians how crucial it is to remember who we are in Christ. It is not our role here on earth to pass judgment whether in private or publicly. We have a responsibility to bring others to Jesus not send them rushing away with a perception of us as judgemental homophobes or modern day Pharisees.  Just this week in the Philippines, Christians showed up at a Gay pride parade toting signs stating “we’re sorry” apologizing for how they have treated the LBGT community. I’m more impressed by the signs that read, God loves you, and so do we.

Do not judge so that you will not be judged. For in the way that you judge, you will be judged; and by your standard of measure, it will be measured to you. Why do you look at the speck that is in your brothers eye, but do not notice the log that is in your own eye? (Matthew 7:1-3)

God expects His children to be better. Being judgemental is not part of the package. Jesus wants us to stand firm in our faith-showing the kindness and humility that He exhibited during His time on earth. I hope this post inspires us to look closely at how we treat people who live differently. We don’t want to give Satan the opportunity to stand before Jesus laughing at how we behave.  Were are to be shining lights that glorify God and lead people to Christ. That is how Christians are instructed to live. What are your thoughts? Please feel free to share in the comments. Thank you for joining me here today.