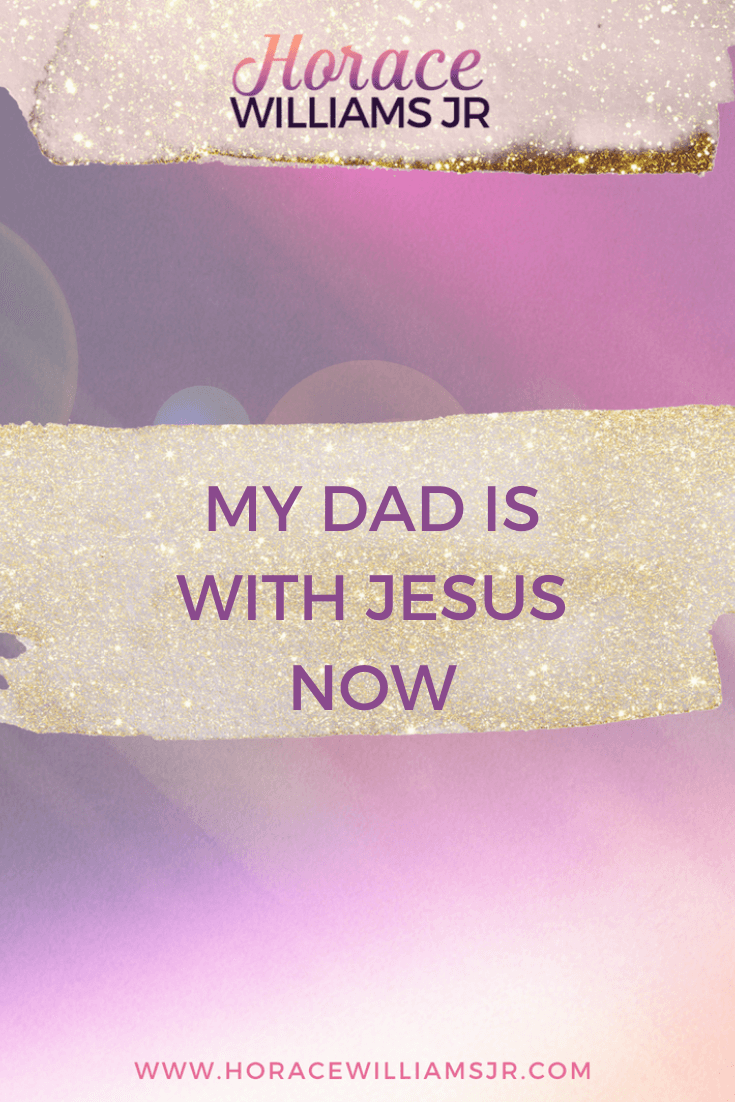 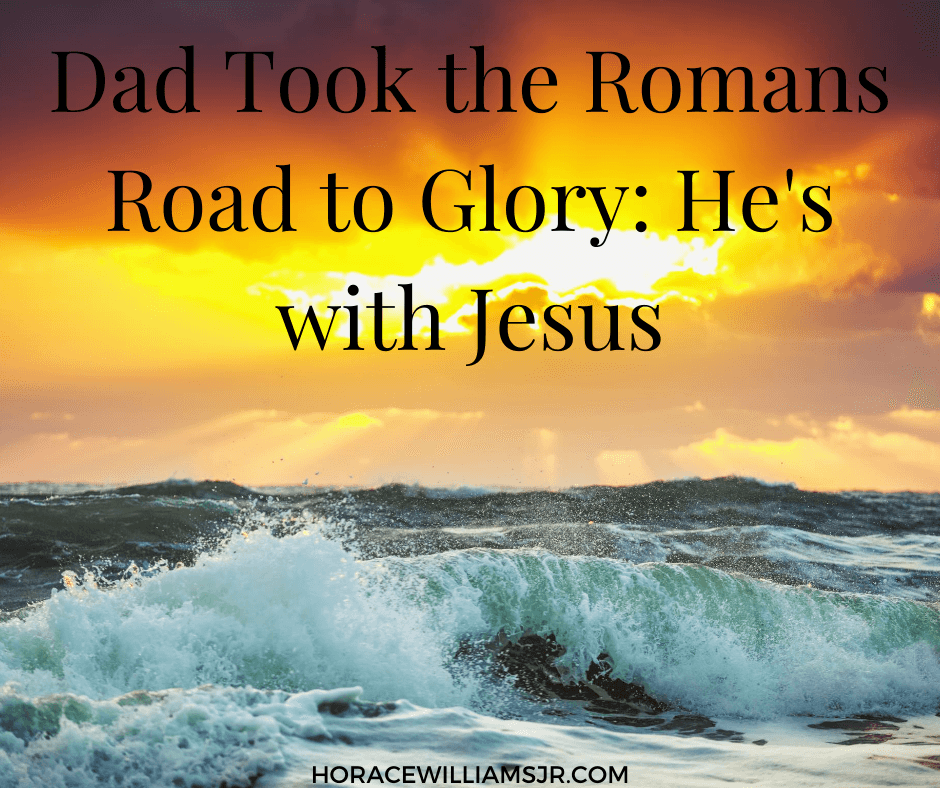 Four years ago,  I wrote a guest post about you.  I talked about your love for music as you continued to battle with Alzheimer’s. The article was very well-received. I was taken by surprise by the number of people whose life has been affected by some version of this horrific disease.

Now here we are on August 8th of 2020, and God has requested you come home. You are currently in heaven.  Your brilliant mind that could speak several languages and loved to decipher God’s Word is now restored-sharper than ever!

No more heart troubles. No more pain. You don’t have to take any more medicine, either! You can now worship at our Savior’s feet, and bend the ear of the apostle Paul as you two discuss the book of Romans.

Why Romans, you ask? Let me tell you something about my dad. He loved the book of Romans! He was a student of the entire bible, but it was Romans that he studied to memorize every single verse.

I may have been rebelling during my teenage years, but I was not blind. Dad always carried a set of three by five cards in the chest pocket of his short sleeve shirts. On those cards were bible verses from the book of Romans. At any given moment, he would glance at them throughout the day-checking and re-checking his memorization of those verses.

To honor my father today, I’m going to share some of my favorite verses from the book of Romans. Maybe you’ll begin to understand why I love him so much, and why this book of the bible was so special to him. 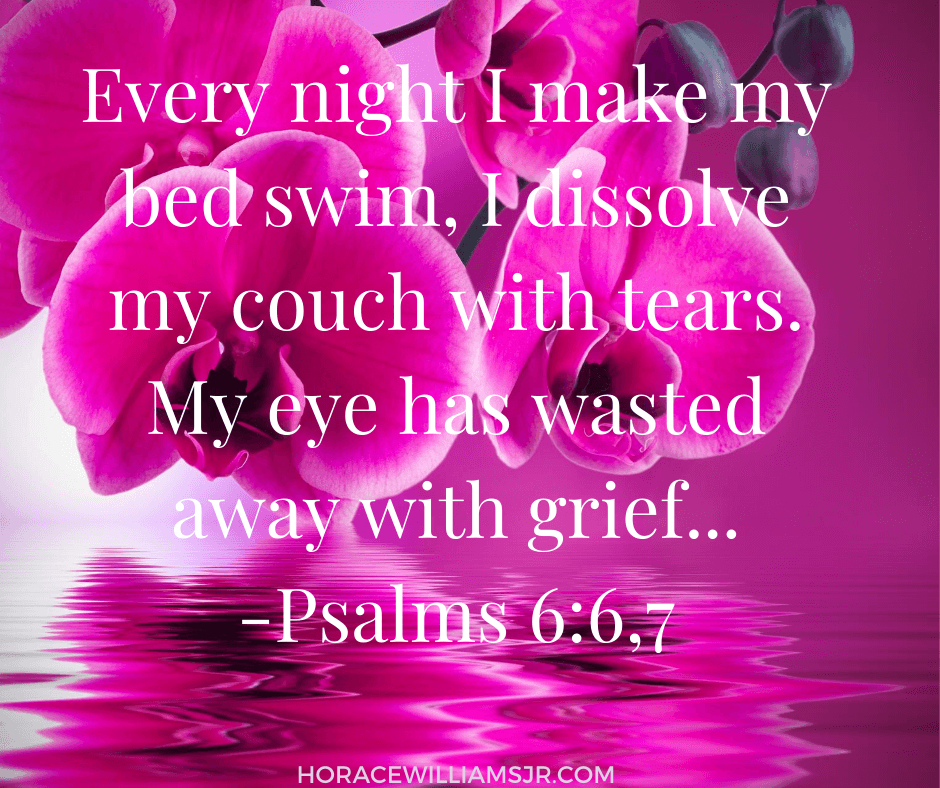 I am weary with my sighing, every night I make my bed swim, I dissolve my bed with tears. My eye has wasted away with grief… -Psalms 6:6-7.

In Romans chapter 3, verse twenty-three states, For all have sinned and fall short of the glory of God. At the age of twenty-five, my dad, while staring out at the snow-capped mountains surrounding our backyard in western Germany said this, “There must be a God!” It was at that moment that he gave his life to Jesus Christ.

An alcoholic at the time of his salvation, Dad was called by God to then go to bible college. So, we were headed back to the United States. You might be thinking; just like that, your dad became a Christian? The answer is yes. Salvation is a gift from God. He knows the hearts and minds of every man.

Dad chose to confess his sins, admitted he’s a sinner, and wanted salvation. He didn’t have to see a priest or do an unlimited number of things. He just had to say, “yes to Jesus.” 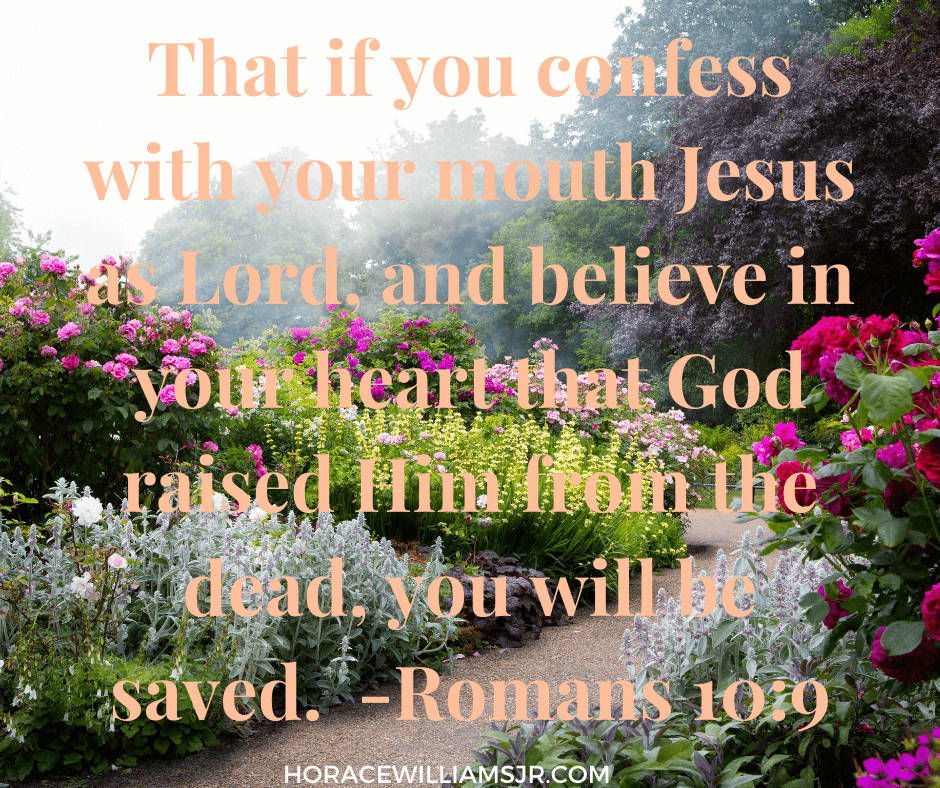 That if you confess with your mouth Jesus as Lord, and believe in your heart that God raised Him  from the dead, you will be saved; for with the heart a person believes, resulting in righteousness, and with the mouth he confesses, resulting in salvation. -Romans 10:9-10.

Why is it so hard for so many to confess their sins and admit their need for a Savior? Pride. In my upcoming book titled, The Furnace of Affliction: How God Uses Our Pain and Suffering for His Purpose, I refer to pride as a sneaky sin. It is so easy for us to live in pride at times. Throughout history, pride has been the downfall of many-both men and women.

It takes humility of heart to recognize our sinfulness and our need for Jesus as Lord of our life. I was only a toddler when my father asked Jesus into his heart, but I can say this. My dad was the most humble man I’ve ever known. He always put others before himself, and sometimes people took advantage. But God fostered a spirit of humility in his heart.

After arriving in the states, it wasn’t too long before my father enrolled at Faith Baptist Bible College in  Ankeney, Iowa. A small town outside the capital city of Des Moines. To help keep a roof over our head, dad worked the graveyard shift at Firestone Tire and Rubber Company. He handled the giant tractor tires in the warehouse. Dad had several bruised and mangled toes to prove it, ouch!

I was in elementary school during these years, and I remember how tired my dad always seemed to be. Yet, I never heard him complain. He did what he needed to do to not only improve himself but provide for his family.

Dad had gone from a captain in the United States Army to a bible college student working the graveyard shift full-time. He was no longer drinking, and yet he lived with so much peace. Why? Well, when you read some of my favorite verses from Romans chapter five, maybe it will make sense to you.

Therefore, having been justified by faith, we have peace with God through our Lord Jesus Christ… and not only this, but we also exult in our tribulations, knowing that tribulation brings about perseverance; and perseverance, proven character, and proven character, hope; and hope does not disappoint, because the love of God has been poured out within our hearts through the Holy Spirit who was given to us. For while we were still helpless, at the right time Christ died for the ungodly  -Romans 5:1, 3-6. 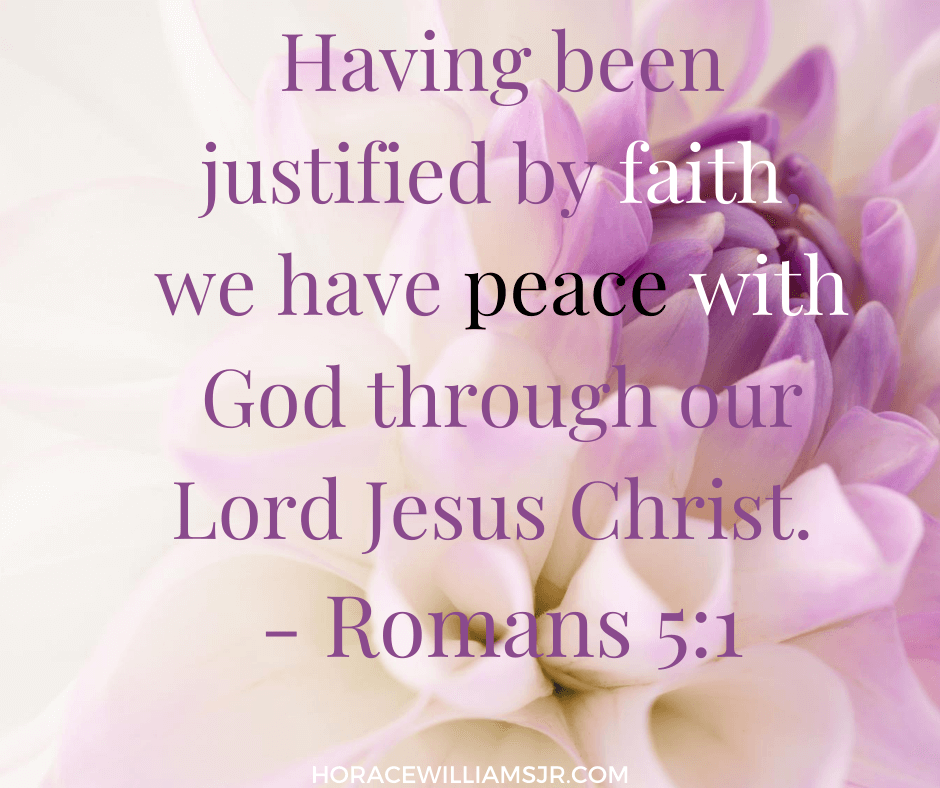 I don’t believe that dad ever forgot all that his heavenly Father had done for Him. So, not only did he live with a humble heart but with a heart of gratitude toward God.

When we lived in Germany, dad would come home, and he liked to play with his young son. He’d chase me around the house and sometimes “play wrestle” with me a bit. However, I still remember the blue blanket that he throw over my head to trap me. I’d scream in fear because I could not escape his grasp.

I’d hear him laughing and ignoring my terrified screams. Thankfully, mom would demand my release from my father’s hold on me. I still believe that was the beginning of my claustrophobia that I struggle with today.

Anyway, I don’t remember any more horrifying wrestling matches after we arrived in the U.S. Maybe he was too tired from work and school. Needless to say, I wasn’t complaining. Hehe. One thing that became evident with dad was his passion for Christ. He’d talk about Jesus to anyone who’d listen and even those who wouldn’t.

During my teen years, I remember rolling my eyes on numerous occasions and reversing course as I heard him speaking to someone about God. (Did I mention I had a Ph.D. in rebellion as a teenager?) Dad wanted anyone and everyone to not only know about Jesus but to have a relationship with Christ as he did. 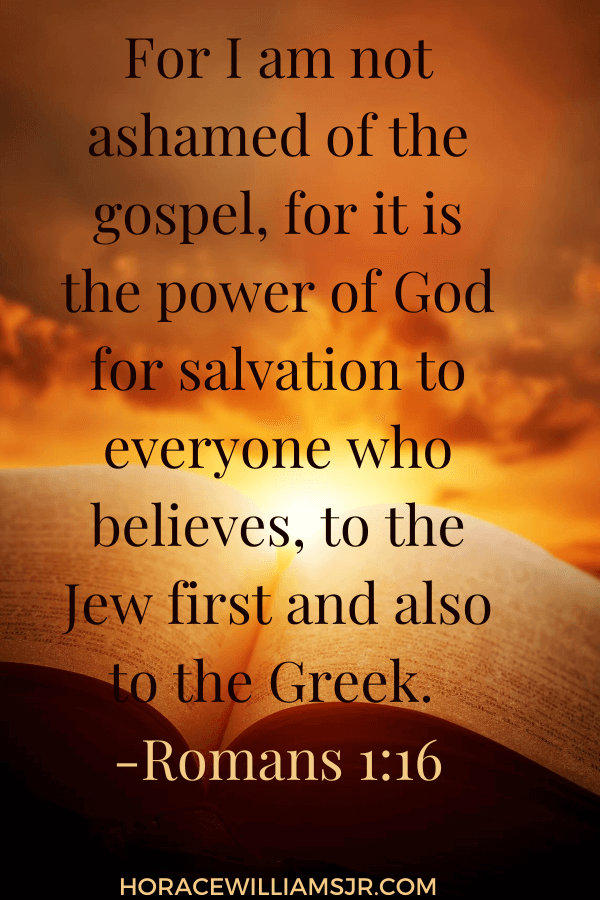 For I am not ashamed of the gospel, for it is the power of God for salvation to everyone who believes, to the Jew first and also to the Greek. -Romans 1:16.

It was dad’s fearlessness in sharing the gospel that still inspires me today as an author. There are times when I’m ridiculed or made fun of, or just told I’m foolish for putting my faith in God. I remember how he carried himself in those difficult situations, and I try to handle with similar grace. Still fervent but with Christ-like grace.

There was a definite heart change in my father since he came to know the Lord. Dad saw things through the lens of God’s view instead of his own. He put God first in everything, which, on many occasions, made no sense to me.

Therefore I urge you brethren, by the mercies of god, to present your bodies a living and holy sacrifice, acceptable to God, which is your spiritual service of worship. and do not be conformed to this world, but be transformed by the renewing of your mind, so that you may prove what the will of God is, that which is good and acceptable and perfect. -Romans 12:1-2. 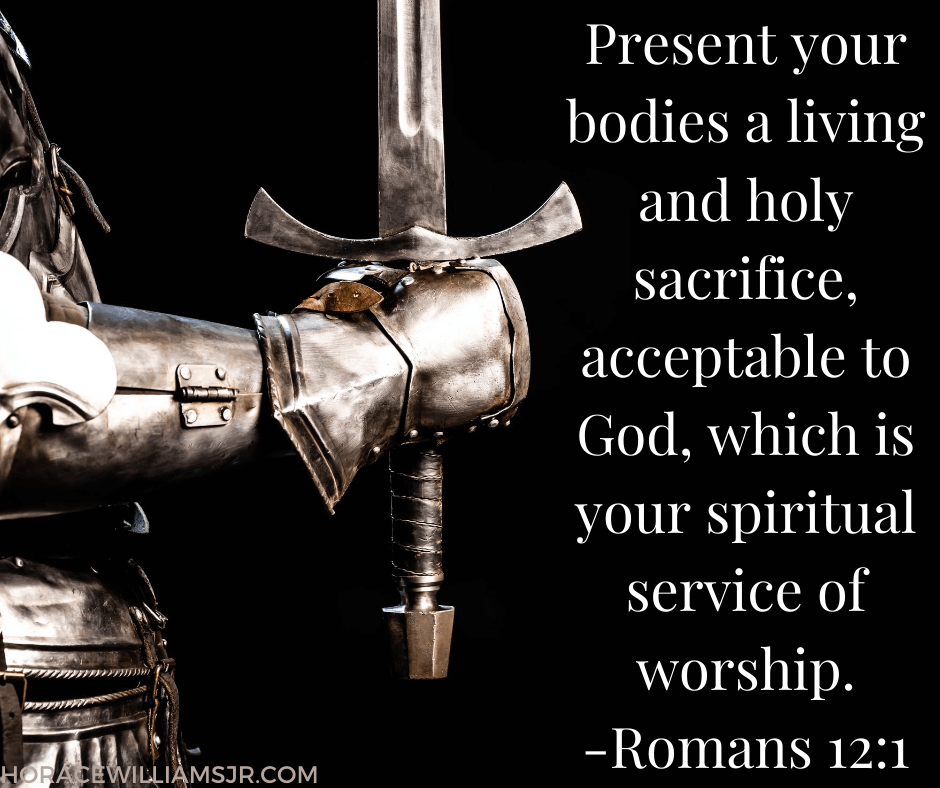 My dad loved the Lord with all his heart. But that does not mean his life was perfect, and everything was a bed of roses after his salvation. Far from it! His unhealthy eating habits and alcoholism when he was younger led to a myriad of health issues. He had stents placed in some arteries of his heart,  struggled with diabetes, and then Alzheimer’s. I believe it was a combination of all of these that led to his death.

He was only 75 years old. It seems young to me because it was almost eight years ago that I recommitted my life to Jesus. I want that same strong relationship with Jesus my father had. It was about seven years ago he was diagnosed with Alzheimer’s. By the time I had published my first Christian Inspirational book, the disease was in full effect.

As I approach the release of my next book, the feeling is bittersweet. Although I know dad’s in heaven right now, my heart breaks that I never got to talk about the bible with him that much despite his numerous attempts to do so when I was younger. I believe he recognized my picture on the back of my first book, but that’s about it.

However, I have peace knowing that I will have all eternity to talk with Him about God, the bible, and living as a Christian. We won’t have to worry about time, neither of us will be in any pain. We will be enjoying the fellowship with other saints as we worship our Savior!

There are so many inspiring, encouraging, and comforting verses of scripture in the powerful book of Romans. I hope this post not only gives you a glimpse of who my dad was but piques your interest to read through it sometime. It’s not that long a book. Any time spent purposefully reading will bless you.

I thank God for blessing me with Horace Williams Sr. as my father. He was the best dad ever. Humble, giving, compassionate, genuine, and much more. He was one of a kind. I miss him dearly. I pray God will grant me the courage, strength, and wisdom to glorify God with my life as he did. 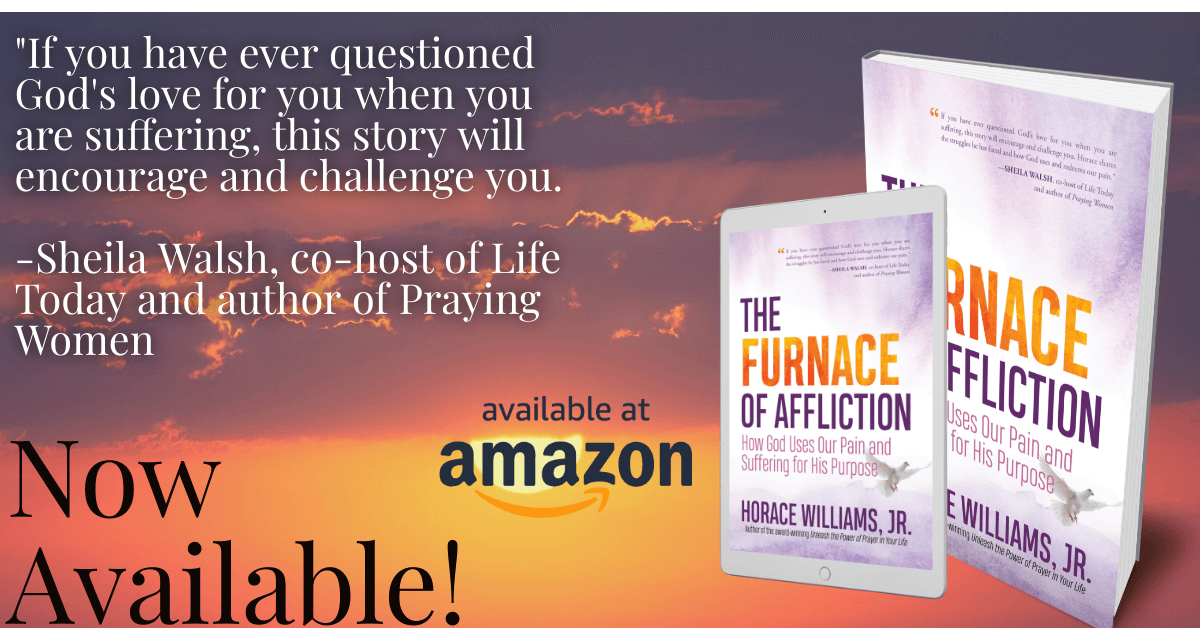 16 thoughts on “Dad Took the Romans Road to Glory: He’s with Jesus”